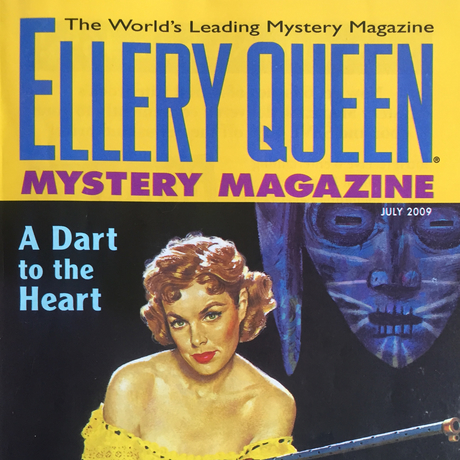 Our selection this month is by a writer who debuted in EQMM and has gone on to have work chosen for the yearly Best American Mystery Stories anthology and to appear again in EQMM and other publications, such as Alfred Hitchcock’s Mystery Magazine. Here is Chris Muessig reading his story “Bias,” from the July 2009 issue of EQMM. Dramatic Interlude by Alexander Nakarada | https://www.serpentsoundstudios.com Music promoted by https://www.free-stock-music.com Attribution 4.0 International (CC BY 4.0) https://creativecommons.org/licenses/by/4.0/ 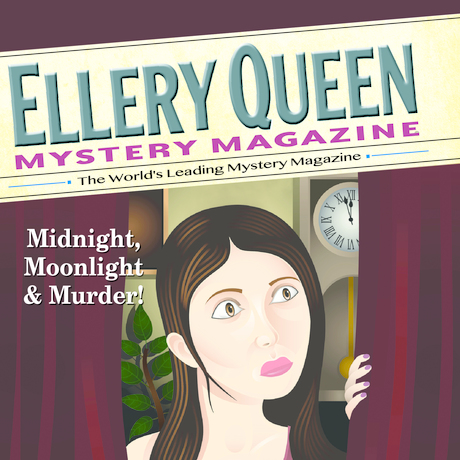 EQMM’s famous Department of First Stories is the source for this month’s podcast. The debut story, which appears in EQMM’s current issue, takes us into the life of a new writer who enjoys success, but at a cost. Author Nancy Novick, a medical writer, editor, and writing instructor, came to EQMM’s offices to do this recording of her story “How Does He Die This Time?” from the September/October 2018 EQMM. https://nancynovick.com Impatience by Punch Deck | https://soundcloud.com/punch-deck Music promoted by https://www.free-stock-music.com 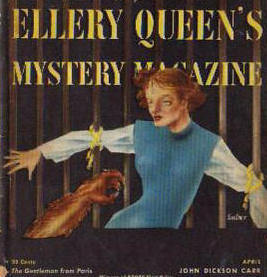 At the Malice Domestic convention in Bethesda, Maryland, this past spring, EQMM had the pleasure of recording Shelly Dickson Carr, author of the award-winning YA novel “Ripped,” reading a story by her grandfather, the great Golden Age mystery writer John Dickson Carr. The most celebrated master of the “locked room” mystery, John Dickson Carr contributed both fiction and book reviews to EQMM. His April 1950 story “The Gentleman From Paris" was one of the winners of EQMM’s Worldwide Short Story Contests. www.ripped-book.com 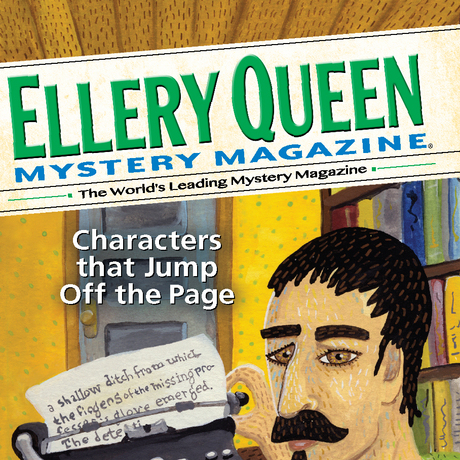 A tale from EQMM’s Black Mask department is featured in this month’s podcast. We caught up with Con Lehane, author of two popular mystery series, at this year’s Malice Domestic convention in Bethesda, Maryland, where he did this reading of his September/October 2017 EQMM story “Come Back, Paddy Reilly”—a classic noir tale of a flawed character caught in an unresolvable dilemma. http://conlehane.com 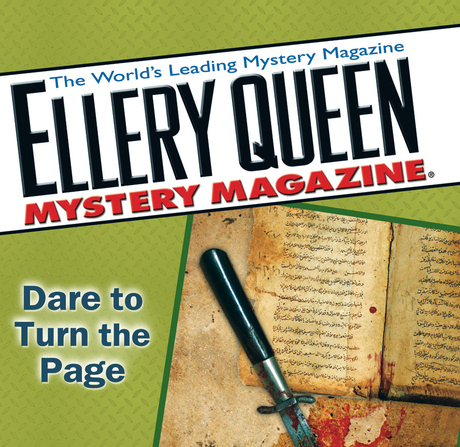 This month we feature an Ellery Queen pastiche by Dale C. Andrews. The third entry in a series begun on the heels of the Ellery Queen Centenary Symposium at Columbia University in 2005, the story brings an elderly Ellery Queen, still at the height of his deductive powers, out of retirement. The first story in this series earned an EQMM Readers Award scroll and a nomination for the Barry Award. Here is Dale Andrews reading his story “Literally Dead,” from the December 2013 issue of EQMM. http://wildsidepress.com/the-misadventures-of-ellery-queen-edited-by-josh-pachter-dale-c-andrews-paperback/ http://queen.spaceports.com 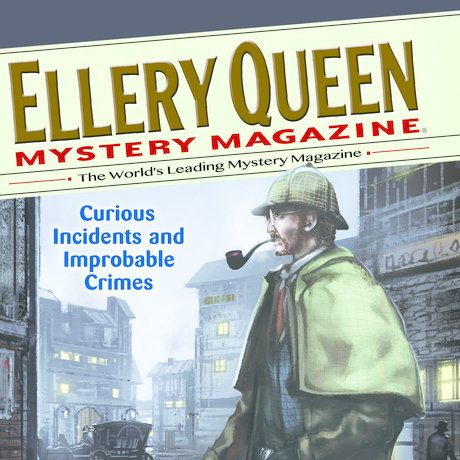 Award-winning financial journalist Larry Light is also the author of three novels, two starring financial reporter Karen Glick. This year he made his EQMM debut with the story he reads for this episode in our podcast series, "Dysperception," from the January/February 2018 issue of EQMM. http://www.lawrencelight.com 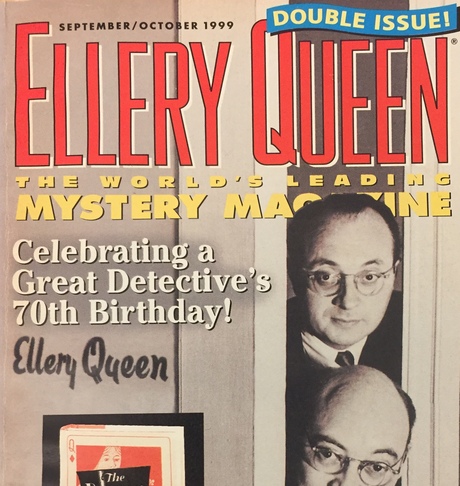 Last month a long-awaited anthology of Ellery Queen pastiches and parodies entitled The Misadventures of Ellery Queen was released by Wildside Press. Most of the stories it contains were first published in EQMM. To celebrate the book’s publication we decided to have one of the stories recorded for this podcast series. Here is Darcy Bearman, Dell Magazines’ manager for social-media marketing, reading “The Gilbert and Sullivan Clue” by Jon L. Breen, first published in EQMM September/October 1999. 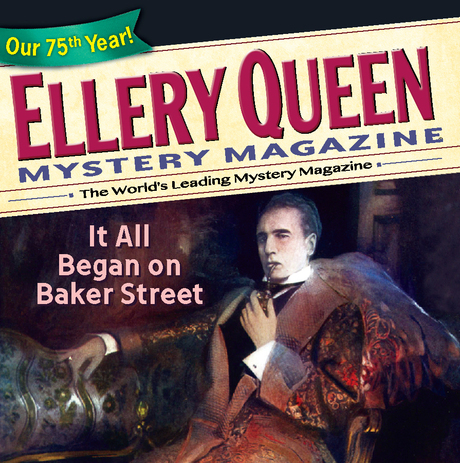 Canadian author Rob Brunet, a creative-writing instructor and cohost of Noir at the Bar Toronto, joins us in this episode in our podcast series. His evocative short stories, often set in the Kawarthas, have been appearing in EQMM since 2015. Here he is reading his story “Skinny’s Beach,” from the February 2016 issue of EQMM. http://www.robbrunet.com 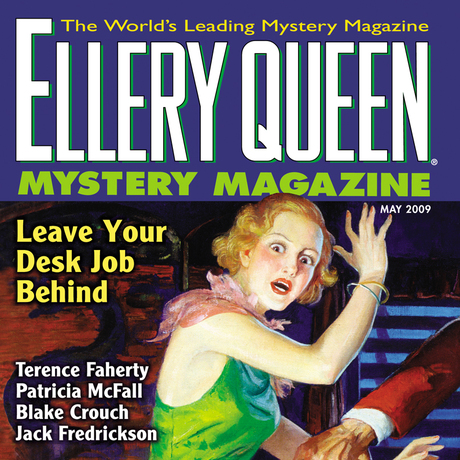 Our selection this month is from the work of Jack Fredrickson, creator of the Dek Elstrom private eye series. The author made his fiction debut in EQMM’s Department of First Stories in 2002. We caught up with him at the Bouchercon World Mystery Convention in Toronto, Canada in 2017, where he read his story “For the Jingle,” from the May 2009 issue of EQMM, for this podcast. 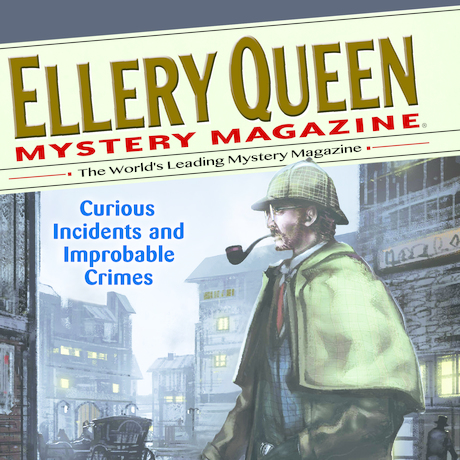 This month EQMM is making simultaneously available in print and audio podcast a Department of First Stories tale by Boston writer Edwin Hill. The author has also posted some reflections about his EQMM story, the upcoming publication of his first novel, and the editorial process on EQMM’s blog at www.somethingisgoingtohappen.net. A longtime editor, and the current vice president and editorial director for Bedford/St. Martin’s, his remarks should be of interest to many, especially writers. EQMM caught up to Edwin Hill at the Bouchercon World Mystery Convention in Toronto, Canada, in 2017, where he recorded this podcast for us. Here he is reading “White Tights and Mary Janes,” from the January/February 2018 issue of EQMM. https://www.edwin-hill.com