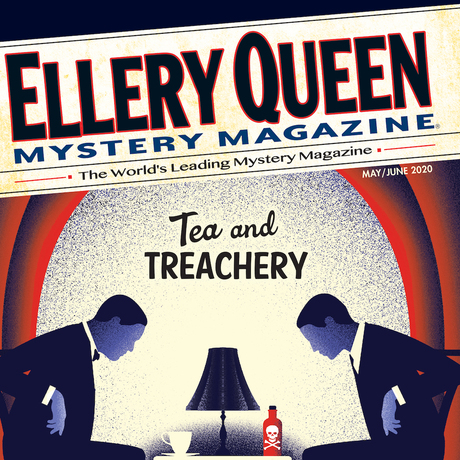 In this month's episode, we turn our attention to poetry. EQMM has a long history of including occasional poems in our pages. From humorous limericks to serious free verse, poetry gives another lens through which to view the crime and mystery genre. Here we include a story in epic verse by John F. Dobbyn and poems by James Sallis, Stephen D. Rogers, Kevin Mims, Marilyn Todd, John V. Mercurio, K.D. Hart, and Diane Yetman, read by the authors, EQMM Managing Editor Jackie Sherbow, and actor Mandie Davis. https://www.johndobbyn.com http://www.jamessallis.com https://www.stephendrogers.com http://www.marilyntodd.com https://www.jackiesherbow.com 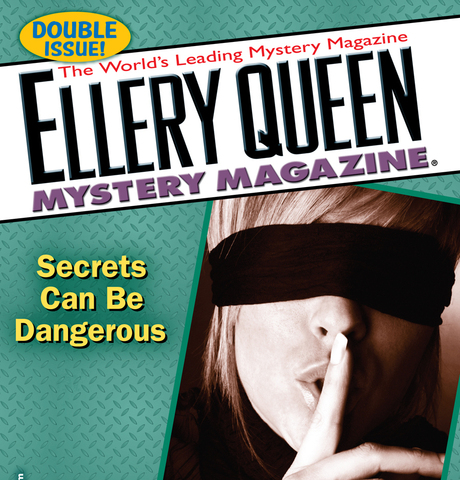 A former attorney for the Manhattan District Attorney’s office, V.S. Kemanis often writes fiction with legal themes. That’s true of the first of her three stories for EQMM, which she reads for this podcast. The author has five collections of short stories in print, including the Eric Hoffer Award-winning volume Your Pick: Selected Stories. She’s also the author of the Dana Hargrove novels. Here she is reading her story “Collector’s Find,” from our September/October 2013 issue. https://www.vskemanis.com https://www.purple-planet.com

This month’s podcast episode features “Father of the Corpse” by Department of First Stories author Cecilia Fulton. The author and former prosecutor grew up in California and now lives on the East Coast with her family. Her short stories have appeared in publications by Akashic Books. https://www.fultonstories.com https://www.purple-planet.com 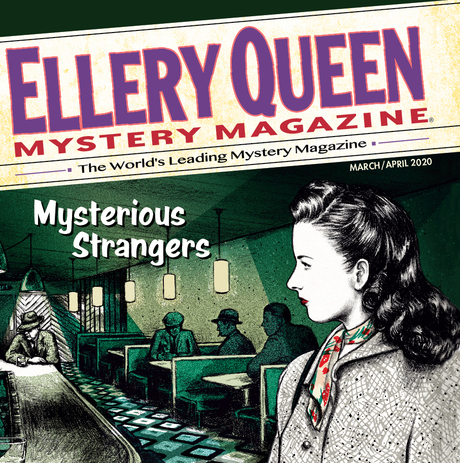 A story on a very unusual theme is featured in our podcast series this month. Linguist, novelist, and short-story writer Edith Maxwell tells the tale of a hyperpolyglot—someone with an extraordinary ability to quickly learn many different languages—who turns her talent to criminal purposes. The author, a current Agatha Award nominee, is also the reader for this podcast of “One Too Many,” from the current issue (March/April 2020) of EQMM. https://edithmaxwell.com Recorded at Malice Domestic 2019 http://malicedomestic.org https://www.purple-planet.com 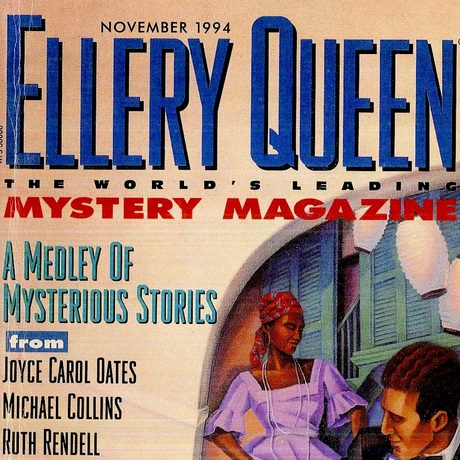 Our selection this month is by one of our genre’s most celebrated critics, Francis M. Nevins, a former law professor who has also authored a number of well-received novels and short stories. For this podcast, the St. Louis author reads his story “Night of Silken Snow” in conjunction with Christine Gilsinan. The story first appeared in the November 1994 issue of EQMM. Thank you to Rae Purdom, Jonathan Grimm, Gene Carroll, and Saint Louis University. Music from www.purple-planet.com 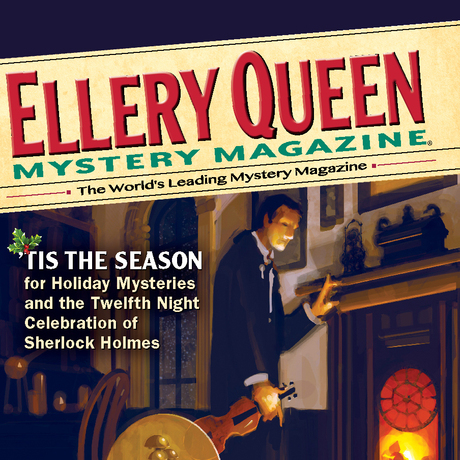 The tale featured this month in EQMM’s podcast series is by an author who was celebrated in 2017 as guest of honor at the Magna Cum Murder mystery conference. Terence Faherty is the author of two popular series of novels, one the Edgar-nominated Owen Keane mysteries, the other the multiple Shamus Award-winning Scott Elliott private eye series. He is also an Edgar-nominated short story writer whose work has often appeared in EQMM. Most recently he has been writing a series of Sherlock Holmes parodies for us. This story, first published in the January/February 2017 EQMM, is one of the entries in that series. It is read here by the author. http://terencefaherty.com https://www.purple-planet.com 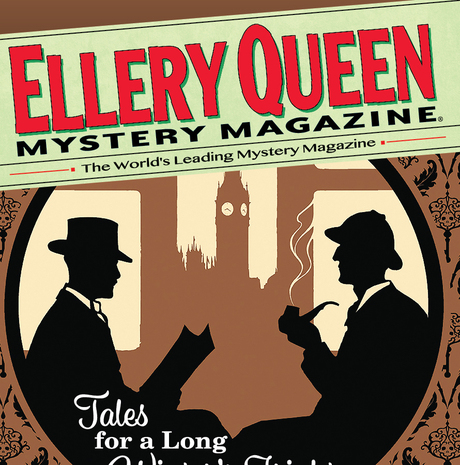 Christmas mysteries have appeared regularly in EQMM’s December or January issues over the years. A frequent contributor of those stories is New York Times best-selling author Steve Hockensmith, whose Edgar-nominated Amlingmeyer Brothers series first saw print in our pages. Last year, his EQMM Christmas tale was an entry in the Amlingmeyer Brothers series. Here he is reading that story, entitled “My Christmas Story,” from our January/February 2019 issue. https://www.stevehockensmith.com https://www.purple-planet.com 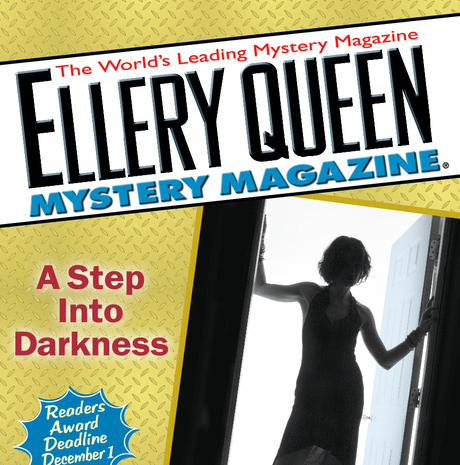 A selection from EQMM’s Passport to Crime department is featured in this episode of our podcast series. Dutch writer René Appel is a two-time winner of the Golden Noose Award for best crime novel—the Dutch equivalent of the U.S.’s Edgar Allan Poe Award. He has written or cowritten several stories for EQMM. His translator and sometime collaborator is frequent EQMM contributor Josh Pachter, whom you’ll hear as reader for this podcast of “Red-Handed” by René Appel (from the December 2014 EQMM). https://www.reneappel.nl http://joshpachter.com http://purple-planet.com

In this episode of our podcast series we provide listeners with the opportunity to hear a story that is currently nominated for a major award in the mystery field. The Macavity Awards, sponsored by Mystery Readers International, will be presented at the Bouchercon World Mystery Convention in Dallas, Texas (which runs from October 31 to November 3). In the short-story category, screenwriter, novelist, and short-story writer Craig Faustus Buck is nominated for “Race to Judgment,” first published in EQMM’s November/December 2018 issue. He read the story for us from his home in Southern California. http://craigfaustusbuck.com https://www.bouchercon2019.com https://mysteryreaders.org 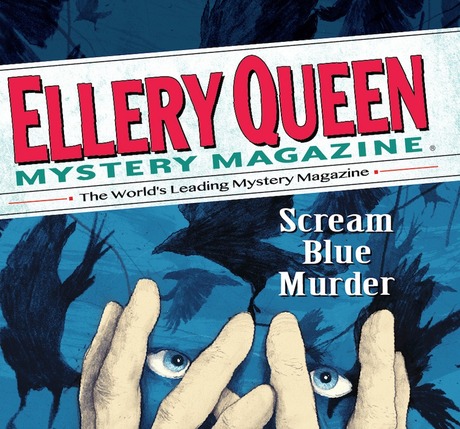 An short-story writer whose many honors include the 2019 Agatha Award for best short story, Tara Laskowski will debut as a novelist next month with a thriller that has received a starred review from Publishers Weekly. For this installment in our podcast series she reads her story from the Black Mask Department of EQMM’s July/August 2019 issue, “The Long-Term Tenant." http://taralaskowski.com https://www.purple-planet.com